The Myth About Cogency and Prospects of Women in Leadership 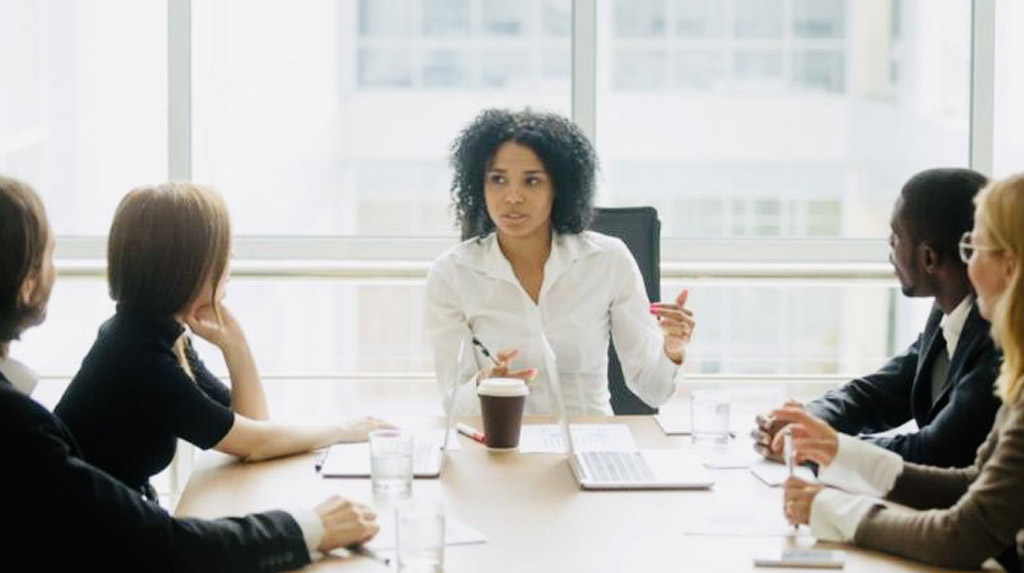 In a highly patriarchal world like ours, women have had to contend with several factors, both overt and covert, in order to stay a float in the ever-changing corporate world. From the days of yore, several barriers have been placed in the way of women in their efforts to climb the corporate ladder alongside their male counterparts. Historically, it has taken the intervention of leaders in the female civil rights movement to encourage change, such as Gwendolyn Zoharah Simmons in Mississippi and Lonnie King in Atlanta, who together formed the Student Non-Violent Coordinating Committee (SNCC) to fight against gender discrimination and other forms of discrimination against women. In South Africa, too, the dawn of democracy brought in its wake brighter prospects as well as challenges for women who had previously not been considered for leadership positions.

The role of women in the United States has changed dramatically in the last fifty years. The proportion of women attending college, enrolling in graduate school, and obtaining doctorate degrees has increased substantially. Women are no longer associated with low expectations both in education and the workforce.
Women now seek and obtain the highest form of leadership roles available to them in the fields of education, business, and other professions. For example, according to Laff (2006), the amount of women in senior management positions in the banking industry increased from 19% to 31% between 2003 and 2006. This represents a substantial leap of 63% in the space of three years. Even more importantly, the percentage of women at the corporate executive level in the banking industry has also increased exponentially from 27% to 37% with in this same three-year time span. With these large percentage increases, one might conclude that this migration of women toward leadership roles has been widely accepted. However, this is just one employment sector; it is necessary to analyze other sectors in order to ascertain the over all placement of women in the general economy.

Even though the general acceptance of women in that particular professional space is encouraging, it is disheartening to note that some sectors have remained largely male-dominated. Specifically, only 1.8% of Fortune 500 companies had women as CEOs in 2005. Even more grim is the fact that only 13% of those companies have female corporate board members, and 16% have female corporate officers. With these bleak statistics, it is safe to conclude that women are still struggling to obtain chief executive leadership roles in many fields of business.

It is also worth noting that there are still many obstacles preventing women from ascending to organizational leadership roles. One of the major contributing factors to this phenomenon is the “glass ceiling,” defined as an unofficial barrier to opportunities within an organization that prevents a particular class of people especially women from advancing to higher positions. To this end, many organizations are implementing leadership development programs solely aimed at facilitating women’s leadership success. These programs strive to identify barriers and obstacles and then suggest or implement strategies for women to overcome these barriers. This write-up, therefore, seeks to unravel the challenges and adversity that women at large encounter in their quest to break the proverbial glass ceiling in a male-dominated professional world and propose methods of dismantling them.
Understanding these issues will significantly aid organizations in increasing the number of women moving up the corporate ladder. Women, men, and organizations alike can work together to improve participation levels throughout the organization’s hierarchy. As many more women continue to enter the business world and experience obstacles that men do not face, it becomes easier to find solutions to them. According to Laff (2006), while the glass ceiling phenomenon can be explained in part by female preference, it can also be attributed to educational choices. Some analysts believe that the educational decisions women make explain the low number of female executives and managerial women in tactical, science, and engineering fields. According to Nelson and Lavasque (2007), women in the United States only comprise 25% of doctorate degrees in math and science and less than 17% in engineering and computer science. These figures seem to indicate that education is an enabler in breaking the glass ceiling.

Some argue that the glass ceiling is more of a societal blocker rather than an individual barrier, yet others argue that corporate culture and organizational barriers are to blame. Organizational barriers refer to the organizational-level factors that affect the differential hiring and promotion of men and women. While these barriers vary significantly from one organization to the next, they can create huge roadblocks that would prevent women from advancing to the top.
The selection process is one of the most common and well-known barriers to career advancement among women. As indicated previously, the pool of women that are qualified to be promoted to an executive position is quite small, and this invariably makes it difficult for women to be promoted statistically. According to Burke and Nelson (2000), 82% of firms stated that lack of general management skills and line experience was a major contributing factor in their decision to not promote women. However, another study found that some companies had a large pool of qualified women that they were simply unwilling to consider for managerial positions. This phenomenon dovetails into the male chauvinism trait, causing top management members who are men to be more likely to promote their fellow men to executive positions over their female counterparts.

However, it is not all doom and gloom for women in leadership, despite what has been illustrated in previous paragraphs. A growing body of research has shown that the dominant role played by women in some organizations, particularly in the field of human resource management, is largely correlated to the stellar performance of many staff members in an organization. The empathetic and efficient manner in which these female human resource executives handled staff issues was a far cry from their male counterparts in other organizations, a feat that endeared them to the rank and file in the organization.
Increasingly, many corporate organizations are developing a soft spot for female corporate executives due to their innate incorruptible nature and the prospect of women protecting the finances of the organization. One example of such a scenario exists in South Africa. After establishing independence in 1994, the government, in a bid to cut down corruption and procurement-related breaches, decided to appoint numerous women to top government positions. This singular move saved the nation millions of South African Rand that would otherwise have gone down the drain if men had been in charge.
In summary, the prospects for leadership roles for women outweigh the challenges presented, given the exploits of some leading women in global leadership positions. The likes of Ngozi Okonjo-Iwealah of the World Trade Organization and US Vice President Kamala Harris are only two examples of women making strides to the top. These women are the leading lights on the feminine front sending strong signals to the world that the 21stcentury woman is ready to challenge the status quo in corporate governance.