Excuse Me, But Africa Is Not A Sh*thole, It’s Beautiful 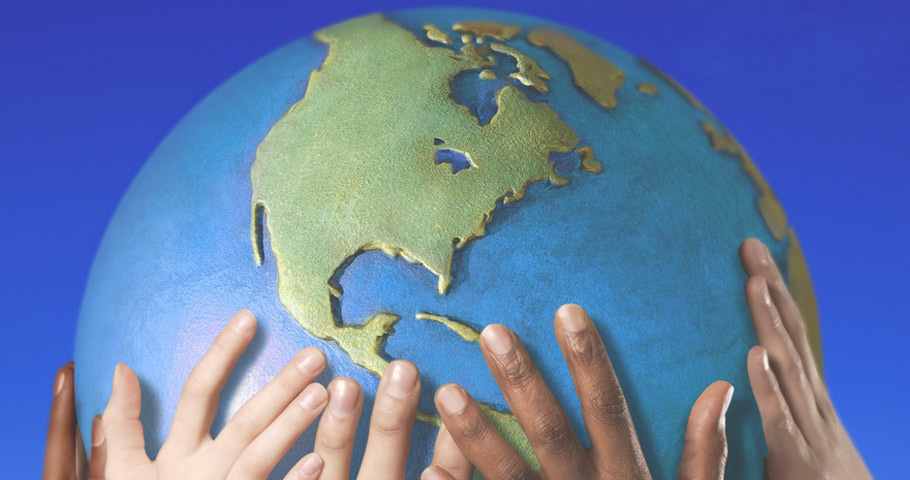 For years, I looked upon the President of United States of America as a figure of power, intelligence, and respect. Sadly, the man that is now sitting in the Oval office is making a mockery of it and its citizens. When a country sits aloft the world order such as the United States of America, that position comes with great responsibility. What happened in the White House on January 11, 2018 shows the utter lack of sensitivity, knowledge, and caring of President Trump about the plight of the people of Haiti, African countries and El Salvador. Even though the President and White House has denied the report that he ever described developing nations as “shithole countries.” The president did acknowledge that he did use “tough” language in the context of the debate over whether to take in people from said “shitholes”, it’s clearly not a great stretch of imagination to think that he did say such things. These comments are consistent with his characterization of other immigrant groups as drug dealers, rapists and potential terrorists.

Overwhelmingly, the evidence shows that immigrants as a group are often the most talented and well-to-do among their own racial and or ethnic groups, and exceptionally motivated. They are willing to board unseaworthy rafts and boats to cross an ocean, while armed with the knowledge that many others before them have died attempting such a voyage. Besides their “migration experience,” the most significant characteristic of African immigrants is that they are the most educated group in the nation. Almost half have bachelor’s or advanced degrees, compared to 23 percent of native-born Americans. Contrary to popular belief, the most substantial part of African emigration is thus directly linked to the “brain drain,” not to poverty. 98 percent are high school graduates and contribute more than $10.1 billion in federal taxes, $4.7 billion in state and local taxes, and most importantly, they have significant economic clout to the point of $40.3 billion in spending power. Trump may think of Haitians as a disease, but the reality is that Haiti has had a complicated and destabilizing history with the United States. It has been devastated by disease and an earthquake in 2010 that killed an estimated 230,000 people. Haitian immigrants to the United States have been a benefit and boon to our nation and has helped to make America great. That is the context. That is the history.

“Nobody gets to choose their birth gender, parents, the color of their skin, or the country or religion they are born into. To insult or label someone for this is the height of ignorance & entitlement.” Martin Luther King Jr.
It’s easy to dismiss Trump’s words as more ignorant bloviating, without real-world consequences. The fact is, symbols and words matter, otherwise the world would not have been so riled up by Trump’s invective. It goes without saying, our nation was built on a foundation of ideals; the rule of law, and common bonds of citizenship. This is what it means to be an American.

The propensity to reduce Africa to a single story is based on the homogenization of the continent, the pervasive tendency to strip it of its bewildering complexities. And yet, Africa is the continent with the highest resource intensity, with countries needing almost 7 kg (15.43 pounds) of domestic resources to produce one dollar of GDP. This is because resource intensive economic activities, such as mining and agriculture, are dominant in the African economy. However, so many of the resources Africa extractives are consumed in other countries. Africa after it was demarcated by the colonizers perpetuated a system in place ensuring that for generations they will be producers of raw materials for the West, without adding value to their exports. For example, it’s almost useless to export chocolate from Ghana to overseas because of high tariffs imposed by the western governments. Especially, non-signing of EPAs particularly in Europe. And in the US, the AGOA initiative makes African exports attractive comparatively but with certain difficult conditionalities. All this I know and know to be true because I am an African in America!

“We should instead, celebrate the human spirit, those who have studied and worked to better themselves, and their communities, these are the people that build nations; not those born into privilege.” — Andrew Bryant

The continent is often mentioned by some western governments as a country, eliding the vast differences among its 54 countries, and the sheer size of its landmass and scale and diversity of its histories, societies, economies, cultures, polities, and ecologies. I owe my being to the hills and the valleys, the mountains and the glades, the rivers, the deserts, the trees, the flowers, the seas and the ever-changing seasons that define the face of the continent of Alkebulan aka “Africa”. So, I say it with all sense of humility that as an African in American, Africa is a land of which I am proud, proud without reservation and proud without any feeling of conceit.

As Americans, we’re inundated with of hungry African children, but what about the plight of children in this country? In the economic realm, there are places in America where you literally cannot drink the water, and Puerto Rico is still suffering in the wake of 2017 hurricane. Clearly, the dismal shame of poverty, suffering and human degradation in some parts of the continent of Africa, and Latin America is a blight that we all share. Based on the definition of the Oxford dictionary, a “Shithole” is (The anus; asshole, poop chute), aka (An extremely dirty, shabby, or otherwise unpleasant place). In effect, Africa is not a “Shithole” continent.

Africa, is the new frontier, with all its of flies besieged children and emaciated adults and horrific, both real and imagined, if one were to build a wall around the continent shutting all foreigners out, the effects would be felt globally. Africa was the cradle of civilization as history attests, it still supports the birth of many new technologies in the West, a typical example is the mobile phone, of which the key mineral tantalum (used in cellphones, DVD players, laptops, hard drives, and gaming devices) is mined in Democratic Republic of Congo. With all its challenges, and yes it abounds, Africa is indeed beautiful; Beyond description.