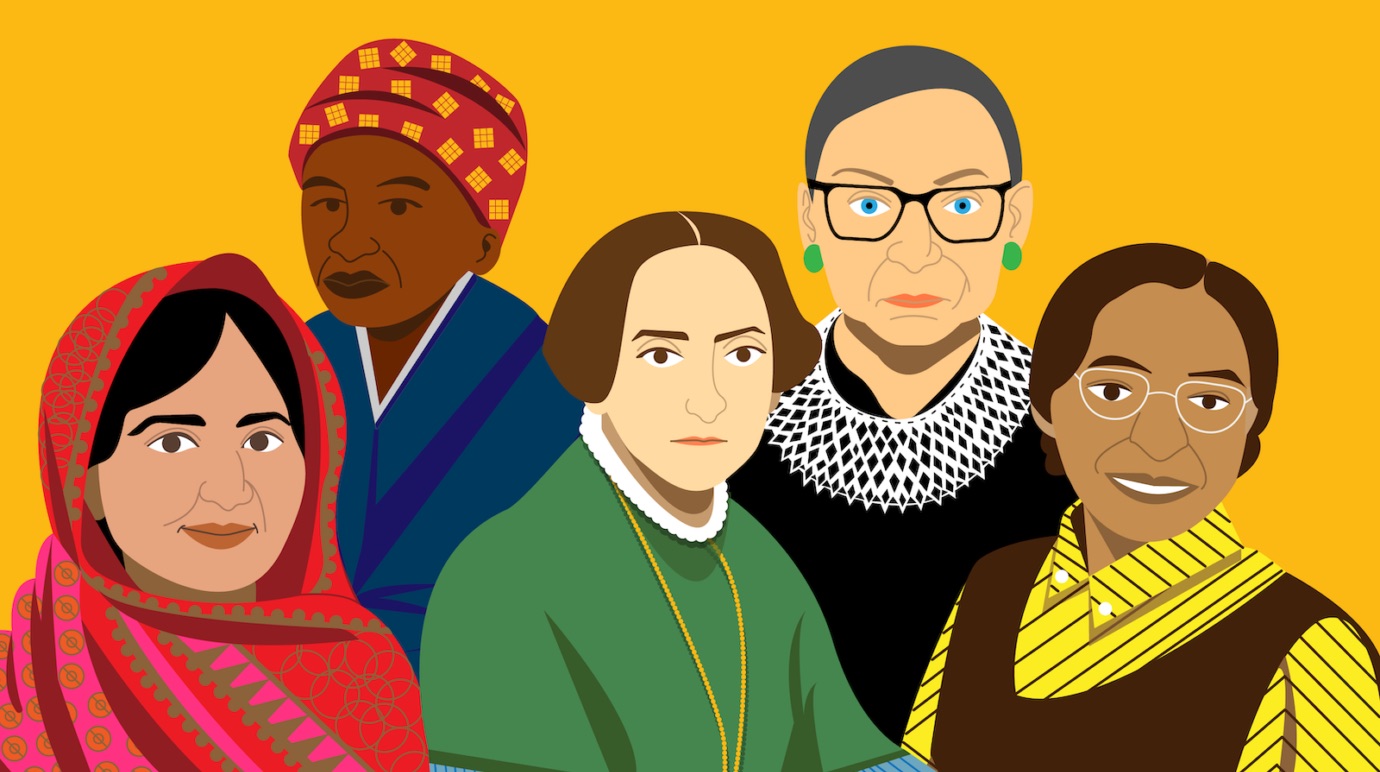 The roles of women and the ways they have impacted society have changed tremendously since women first gained the right to vote in 1920. In decades past, the contributions of women were often limited, as they were commonly controlled by men, whether husbands, fathers or other men seen as authority figures. But 21st century women are standing tall and playing an increasingly vital role in such areas as medicine, business, law and professional job training. They have attained positions of power in politics as well, as an increasing number of women are being elected to office at federal, state and local levels, or serving as advocates for meaningful change as private citizens.
All of these advancements are a celebration of womanhood. We’re mothers. We’re wives. We’re sisters. We’re aunts. We work. In other words, we do it all. Somehow, we manage to juggle a number of balls simultaneously, despite the barriers we continue to face. That says a lot about women, doesn’t it?
There have been (s)heroes all over the world throughout history, with perhaps the greatest changes occurring in the last 100 years. Despite these successes, women have yet to achieve full equality with men. Women were once expected to stay home and take care of the household and the domestic side of things; such responsibilities as the cooking, cleaning, laundry, ironing, etc.
These days, women are showing they can crash through the glass ceiling and then throw a ladder down to other women. We should never lose sight of the pioneers or fail to recognize the change makers who forged pathways for women. Let’s celebrate the many societal changes that have already occurred, such as advances in politics, and social justice, increased educational opportunities, financial independence and reproductive rights.
International Women’s Day reminds us that although times have changed, there is plenty more to be done. I believe it’s great to stop and recognize how far we have come as a gender and appreciate that life for women in America is generally positive. However, it is also important to shed light on the ways in which life is still quite challenging for many women around the world. We need to step outside our own bubbles every now and then, not only to appreciate what we have, but to try to do something to help those who continue to struggle.

“One is not born, but rather becomes, a woman.” – Simone De Beauvior

Through the ages, there have always been women fighting the status quo and taking on roles as inciters. One inspiring example is Sojourner Truth, who was born in 1797 as Isabella, a Dutch-speaking slave in rural New York. In 1828, Isabella moved to New York City and soon thereafter became a preacher in the “perfectionist” – or Pentecostal – tradition. Her faith and preaching brought her into contact with abolitionists and women’s rights crusaders, and Truth became a powerful speaker on both subjects. In addition to her heroic deeds, she was a fiery orator, activist for the rights of women and the poor, preacher and singer. In 1851, she delivered an

improvised speech entitled “Ain’t I a Woman,” for which she is famous, before the Ohio Women’s Rights Convention in Akron.Truth also become known for her revolutionary ideas and biting sense of humor. Remarking on her own lack of formal education, she quipped, “I can’t read, but I can read people.” Truth is a perfect example of how, as Nell Painter puts it, “at a time when most Americans thought of slaves as male and women as white, Truth embodied a fact that still bears repeating: Among blacks are women; among the women, there are blacks.”
In addition to the notable women we look up to today, there are countless unsung heroes or heroines who go above and beyond to help champion women in the workplace. They achieve this not only by setting positive examples, but by mentoring, coaching or actually creating a workforce with more women at senior levels.
Women are crucial to the success of our society, yet the historical use of coercion, obligation, guilt and fear have often kept women performing in the same undervalued roles. These disempowering experiences, which many women still face daily, can ultimately isolate and harm entire communities. But increasingly, women are serving as important instruments of social change. The extent to which women participate in corporate life is a measure of social advancement in America.
To me, it is all about equality. Even in the 21st century, with all our social, political and economic gains, women are not treated equally to men. We still have a pay gap, with women earning just 80 percent of what men earn for the same work. If you’re a mother, it’s nearly impossible to balance it all. What do we need to do to make sure that equality is finally achieved? Can you accept that it will take another few hundred years? I cannot. Instead of focusing on the achievements of women one day of the year, let’s make every day International Women’s Day. Because when women are held back, we’re all held back. But when women are empowered, we are all empowered.

“I am grateful to be a woman. I must have done something great in another life.” – Maya Angelou

When you’re an African American woman like myself, there are too few people who have my experiences and are in positions that I can look up to. I would love to one day find a woman who shares my background and be able to say: “There it is; there’s a woman who’s made it.” But that is rarely the case, and that is not okay.

“Don’t let anyone tell you you’re weak because you’re a woman.” – Mary Kom

Women’s empowerment is an essential lever for global sustainability and is an imperative for creating inclusive, prosperous economies that lead to success for women and men, families and communities, businesses and the world at large. This year, International Women’s Day comes on the heels of an unprecedented global movement for women’s rights, equality and justice. This has taken the form of international marches and campaigns, including #MeToo and #TimesUp movements in the United States, and their counterparts in other countries. Issues range from sexual harassment and femicide, to equal pay and women’s political representation. It is important to celebrate all that we have achieved while never losing awareness of what is yet to be realized. I believe this is the perfect opportunity to invite men to stand with us, because without them by our side, we will never truly have equality.

I look forward to living in an inclusive world that sees every human being as having value and access to equal opportunities, with the right to decide what they want to do with their own bodies and how they live their lives. Let’s join together – both men and women – to fight for this future.